StoneBridge’s career in music stretches over many years and was launched
by his remixes of top international acts. His iconic remix of Robin S
‘Show Me Love’ became one of the biggest selling house tracks of all time.
The Swedish GRAMMY nominated producer StoneBridge is best known for
songs like ‘Turn It Down For What’ feat. Seri, or ‘Right Here Right Now’
feat. Haley Joelle.

Along with his own artist singles ‘Put ‘Em High’ and ‘Take Me Away’,
StoneBridge is best known for his remix productions like Madonna
“Looking For Love”, Taio Cruz “Dynamite”, Ne-Yo “Closer”, or
“Beautiful Trauma” by Pink and many more. 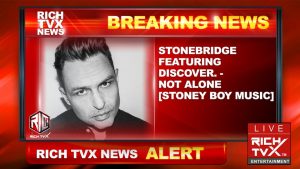